Enough To Go Around 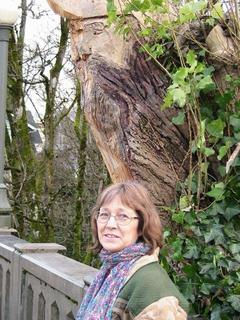 Oh, I've been looking at Twitter far too much lately.  And despite my good intentions, I post things there.  And I know I shouldn't.  There is no positive end result from Twitter, and the negative possibilities loom large.

So, in future, I believe I will let my rambling thoughts wander over the internet from here.

I think all writers and possibly all creative people go through a phase of being envious of the success of others.  Sometimes it gets ugly.  A friend is published before you are.  Another writer wins the award that you dreamed of receiving.  Someone on Twitter has more followers than I do!  Someone else has more five star reviews on Amazon or GoodReads.  Other writers are being favored over me! They're cheating!  And so envy becomes jealousy, and things get irrational from there.

I'll confess.  I once dreamed of winning a Nebula from SFWA!  Or a Hugo at a worldcon! Or a World Fantasy Award!  I was sure that if I worked really hard and wrote a really great book or short story, I would win one!  I made the final ballot for the Nebula twice, and the Hugo once.

But I never won.

And it no longer crosses my mind to worry about it.

But this isn't sour grapes.  Because a long time ago, I decided what success would look like for me.  It would be a home I owned, with sufficient land around it to have gardens, and dogs, and other animals.  A place to raise what I wanted to eat, and a nice piece of forest to walk in.  Enough income that I would be able to take care of my family, and help grandkids go to college or trade school.  Enough money to buy birdseed for my bird feeders without scrimping somewhere else.

That was what I wanted. And that is what I have now. And so, like Fitz,  I am content. And also like Fitz, what I am content with may not appear to be Enough to others.  That thought reminds me of some graffitti I saw years ago, outside of Tacoma Mall during the Christmas shopping frenzy.  It was a simple question painted on the stop sign.  "If you had enough, would you know it?"

And I can also recognize when other people do not have nearly Enough.

Recently Kat made a trip into downtown Seattle.  Her mission was to capture some images to use to promote the new edition of Wizard of the Pigeons from Grim Oak Press.

What she came back with is troubling.

Years ago, when I wrote that book, I set it in downtown Seattle.  And I wrote of what I saw, a population of homeless people, Vietnam Veterans among them, living however they could. I saw the sleeping bags tucked up high in the make shift shelters of the highway overpasses.  On the benches in Pioneer Square, men slept during the relative safety of the daylight hours.  On a few random street corners, beggars held cardboard signs.  On the landings of the hillclimb to Pike Place Market, street musicians and other performers hoped for some coins tossed in a guitar case or a hat.

But now, as one approaches the city, the tent settlements of blue tarp shelters and pop up tents cluster in any remotely sheltered area along the freeways.  In some areas of the city, the sidewalks are impassable, for they are now the homesites of people with no where else to go. Block after block they stretch, forcing foot traffic out into the street.  To enter a park area or green space is to stand in someone's porch area, among the litter and trash of a daily life without the most basic amenities of running water or waste disposal.  Yes, there are hypodermic needles discarded among the more prosaic burger wrappers and  disposable diapers and candy wrappers.  People like me can complain of the hazards of walking through it.  The tarp people are forced to live among it.

I am not writing of the CHOP zone or other areas occupied by protestors. I am not speaking of people who can choose to return home at night.  I am writing of the folks who live the grim reality of sleeping on pavement within the dubious shelter of nylon walls or a blue tarp propped up by a shopping cart and a cardboard boxes.  The easy availability of opioid drugs, the trashed economy due to Covid, and the sky rocketing rents of Seattle have all contributed to create a Seattle I never imagined existing in the year I wrote Wizard of the Pigeons.

A portion of the profits from the Grim Oak Edition of Wizard of the Pigeons will be donated to the National Veterans Foundation. This organization exists to help Veterans and their families in need or in a time of crisis.

When Fitz said he was content I was happy for him. I loved that ending. It was so unexpected and I thought he was so brave to go for what he wanted. Of course there were compromises. There always are. Perhaps a lot of the people who complained were very young and weren't yet aware how tough life can be. Contentment is not to be sniffed and neither is financial security.